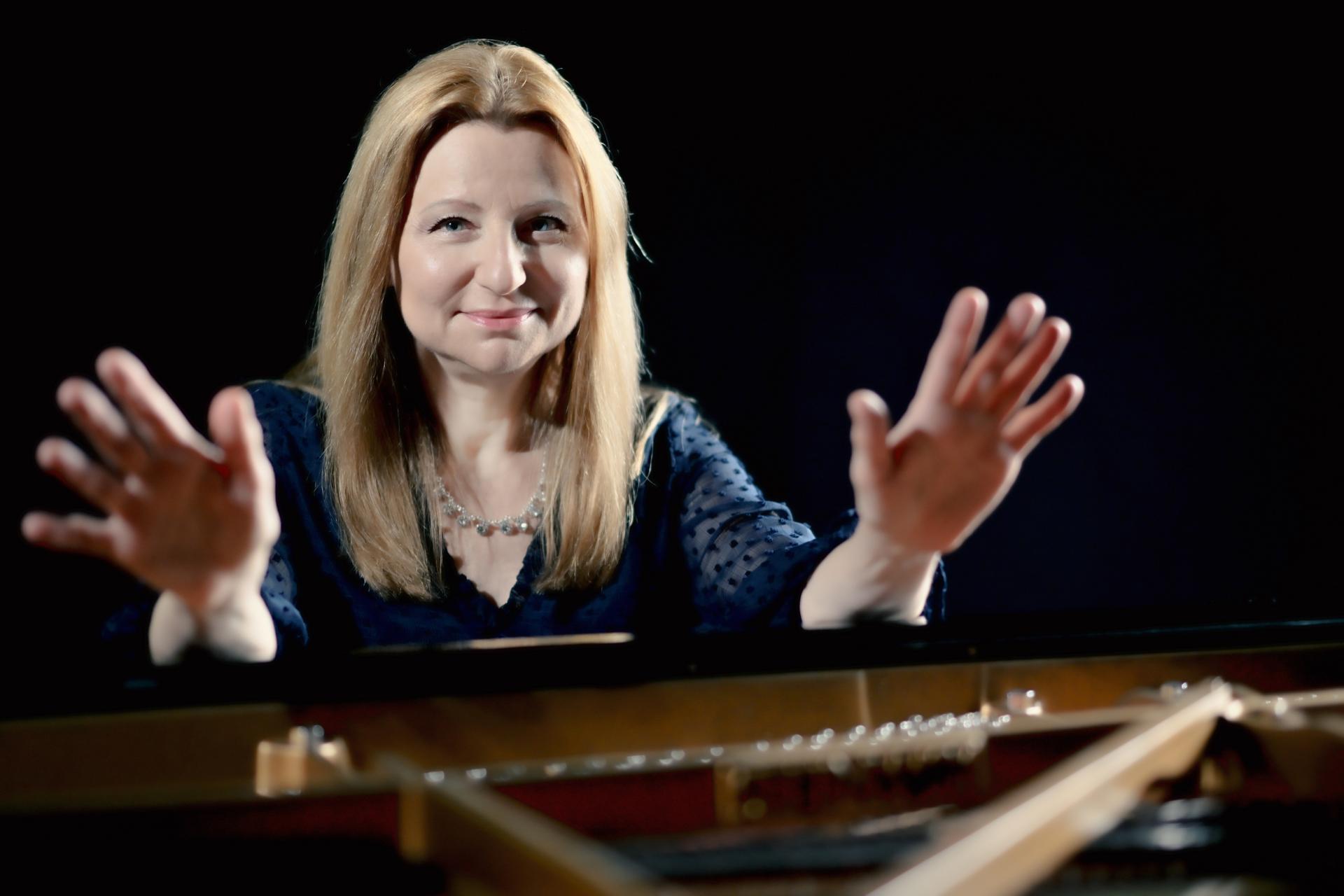 Born in Belgrade, Jasmina Kulaglich achieved a unanimous First Prize from the Conservatoire National Supérieur de Musique in her native city, the “Grand Prize” of the Université des Arts, First Prize in the Competition for Young Serbian pianists and the “October Prize” from the City of Belgrade.

Following this she pursued her studies in France and Switzerland with two disciples of Claudio Arrau – Edith Fischer and Aquiles Delle Vigne, then with Georgy Sebok and Karl Kammerling (Holland).

Jasmina Kulaglich regularly performs in Europe: in Switzerland (“Prestige Artists” in Geneva, at the “Schubertiade” - Festival of the “Radio Suisse Romande”, at the Festival of Blonay, in Lausanne, Neuchâtel, Martigny), in the United Kingdom  (in London with the “U.K. Symphony Orchestra”), in Italy (at the St. Giulio and Udine Festivals), in Holland ( Rotterdam, Leiden, “Noord Holland” Festival)...

In France she performs in Paris ( Salle Gaveau, Salle Cortot, Museum Jacquemart André, the Dosne-Thiers Foundation…), at the “Cziffra Foundation”, in Lyon (“Pianissimes”), at the “Debussy Festival”, at the “Soirées Musicales de Riom”, at the “Concerts de Vollore” Festival, at the “Festival of the Orient Lakes”….

She founded the ”Trio Botticelli”, with whom she has performed in USA, Switzerland and France, and recently “Trio Bohème“. She made recordings for Radio Television Belgrade as well as live recordings for the “Radio Swiss Romande” (“L’heure musicale”, “Nota bene”, Espace2)

Jasmina Kulaglich released the NAXOS CD “Byzantine Mosaic” presenting the Serbian composer Svetislav Bozic, and the Calliope CD “The Seasons” with the Trio Bohème in the Tchaikovsky / Piazzolla program.