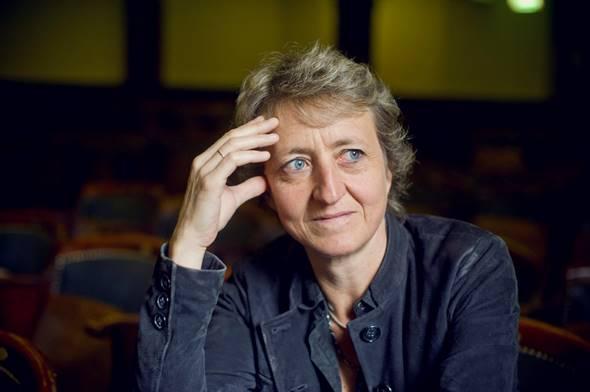 Sandra Chamoux, who holds the highest honours of Christian Bernard’s class at the “Conservatoire de Grenoble” (CRR), brilliantly joined the Geneva “Haute Ecole de musique (HEM)” [Higher Music Education Institution] in Harry Datyner’s class and won the first prize of virtuosity in 1992.
Being a laureate of the Viotti and Busoni International Competition, she has worked with Catherine Collard, Vlado Perlemuter and Yevgeni Malinin. She has performed in many European countries, China, the United States, just to name a few.
An eclectic musician, Sandra Chamoux boasts a very diverse repertory as a soloist and in chamber music. She performed all of Rachmaninov’s lifework on Two Pianos and Four Hands with pianist Florence Cioccolani. She’s been on stage with flutist Michel Moraguès, trumpeter Romain Leleu, violinists Elsa Grether, Sergio Lamberto, Vadim Tchijik, cellist Sonia Wieder-Atherton, Hélène Dautry... Being a passionate chamber musician, she was a member of the Trio Athena (1997-2007) with whom she performed in many countries and recorded Debussy’s piano trio.
As a soloist, Sandra Chamoux has been conducted by Jean-Sébastien Béreau, Patrick Souillot, Frédéric Bouaniche... She recorded Rachmaninov’s second concerto during a concert with the Symphonia Medica orchestra conducted by Nathalie Borgel.
She’s been a member of the Liberquartet (specialized in Astor Piazzolla’s music) since 2012, with whom she has just released two albums.
Since 2015, she has often performed in France and abroad alongside the cellist Hélène Dautry. In 2017, they recorded Brahms’ two sonatas for the music label Lyrinx.
Also interested in contemporary creations, she has just recorded the work of Claire Vazart by creating her piano sonata, a trio and a number of melodies dedicated to her.
She’s also a member of the Museum artistic steering committee for Music in Grenoble.
Holder of a Certificate of Competency and highly engaged in teaching, Sandra Chamoux was appointed piano teacher at the “Conservatoire de Grenoble” (CRR)in 2005. She simultaneously teaches at the “Académies Internationales d’été de Nancy” and the “Académies Internationales d’Hiver du Grand Paris”. She has also been called upon to give Master Classes in Switzerland, Germany, France and recently in India and China.