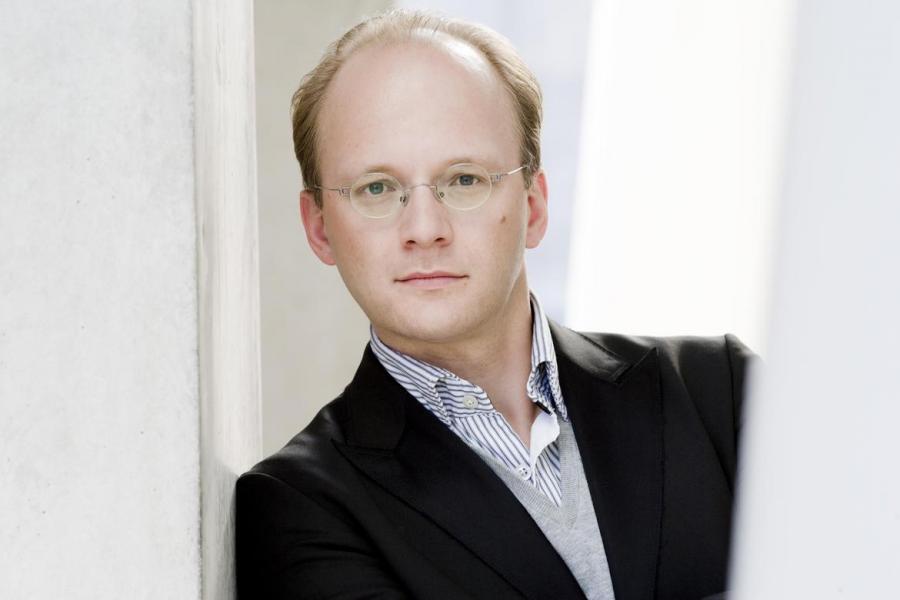 Hansjörg Albrecht is - besides Ton Koopman, Masaaki Suzuki, Martin Haselböck and Wayne Marshall - one of the few artists who are regularly present internationally both as conductor and concert organist. He is considered a musical innovator and lateral thinker without fear of contact. As a conductor, he consistently follows his own paths - between archive and new creation and with an extensive repertoire from Bach to Messiaen - and with his organ transcriptions he has established himself as a specialist among the virtuosos of his instrument.

Hansjörg Albrecht is Artistic Director of the Munich Bach Choir & Bach Orchestra (founded in 1954 by the legendary Karl Richter). He also has a longstanding collaboration with the San Carlo Opera House in Naples, the Chamber Orchestra Moscow, the Staatskapell Weimar and the CPE Bach Choir Hamburg. As conductor and organist he performs worldwide in the major music centres such as London, Paris, Vienna, Berlin, Prague, Rome, Moscow, Tokyo and New York and regularly collaborates with internationally renowned artists and orchestras. He also conducts opera productions in Naples and Dubai, among others, as well as ballet projects with the dance companies of Marguerite Donlon and Boris Eifman.

Actual engagements lead him to the concert halls of Vienna and Berlin, the cathedrals St. Eustache in Paris, Chartres and Westminster Cathedral in London, the Gewandhaus Leipzig, the opera houses of Rijeka, Bari, Cagliari, Brno and Muscat (Oman), the Tchaikovsky and Rachmaninov Concert Hall in Moscow, and repeatedly to Japan, to the Bach Festival in Ekaterinburg and the Zurich Festival, the Hamburg Laieszhalle and Elbphilharmonie, to the Baroque Festival La Valletta (Malta), the Ljubljana Festival and the Gustav Mahler Weeks Dobbiaco as well as for the first time to the International Music Festival Baku/Azerbaijan, to Columbia and China. Among others, he works with the Neues Bachisches Collegium Musicum Leipzig, the Bremen Philharmonic, the Staatskapelle Halle, the Slovenian National Orchestra Ljubljana, the Hangzhou Philharmonic Orchestra an the Royal Oman Symphonic Orchestra.

Although Hansjörg Albrecht is internationally renowned as a specialist in historically informed performance practice, especially of the music by Johann Sebastian Bach and Viennese Classic, he is also gladly invited for great choral symphonic works and first performances or world premieres. In addition, he passionately devotes himself to a Richard Wagner Pèlerinage and is committed to forgotten composers like Hans Rott and Walter Braunfels.

Since 2016 he leads the oratorio class at Mozarteum Salzburg and regularly gives master classes in Germany and abroad. Hansjörg Albrecht has released over 25 highly regarded CDs as conductor and organist on the Oehms Classics label. Among others, he was nominated for the GRAMMY Award in 2013. In 2020 he begins recording Bruckner symphonies as organ transcriptions and will play them at various original venues.